Q1. What element in the pom.xml file allows you to provide values that can be reused in other elements of the pom.xml?

Q2. If you wish to build and package your artifact using the Maven package goal but don’t want to execute the unit tests, which environment variable and value would you use?

Q3. When building a Maven EAR project and specifying the configuration of which projects to include, what is the element in the plugin configuration that contains Enterprise Java Bean projects?

Q4. The goal that is executed to generate and deploy a documentation website is ___.

Q5. What does the mvn -version command do?

Q6. There are several properties available for use in a pom.xml file that refer to details of the project, such as groupId and version. What do all of these properties start with?

Q7. What directory structure contains the source code of your artifact?

Q8. Which command is used to run the clean lifecyle followed by verify, install, and package with Maven?

Q39. Why might you not want to include groupId and version elements in child POM files?

Q40. The settings.xml file that provides the user-specific settings for Maven is contained in which directory by default?

Q41. Suppose you are using Maven in a corporate environment and, to save bandwidth, you want to prevent the need for large numbers of developers to download the same dependency from the internet. What do you do to limit this?

Q42. In multimodule projects, what do child POMs inherit from the parent POM?

Q43. Below is a report generated for a multimodule project with the Checkstyle Plugin. Why might the highlighted links to the two child projects not work? 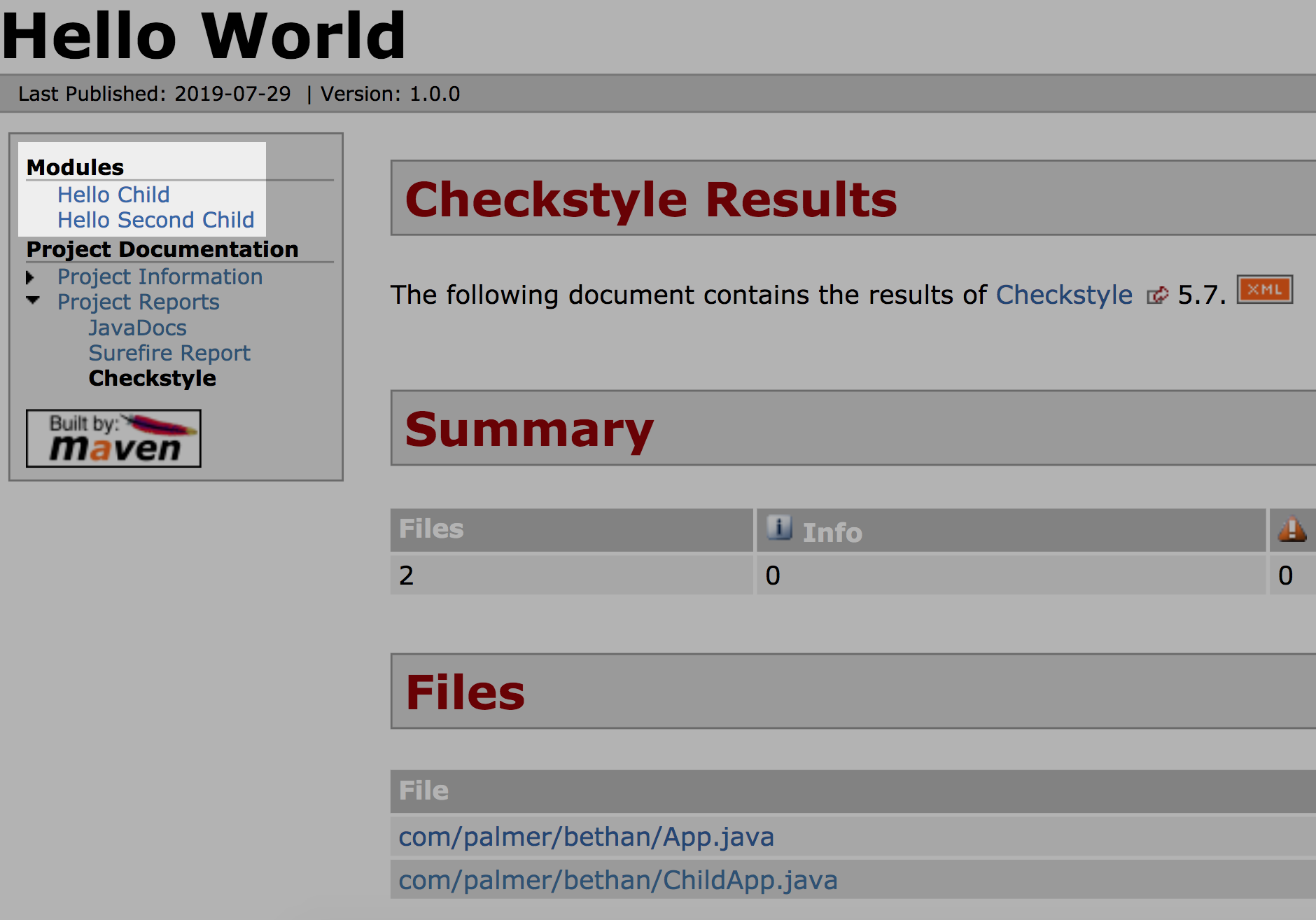 Q44. Which build plugin allows you to create a “fat” JAR file that contains all of the dependencies in the final JAR file?